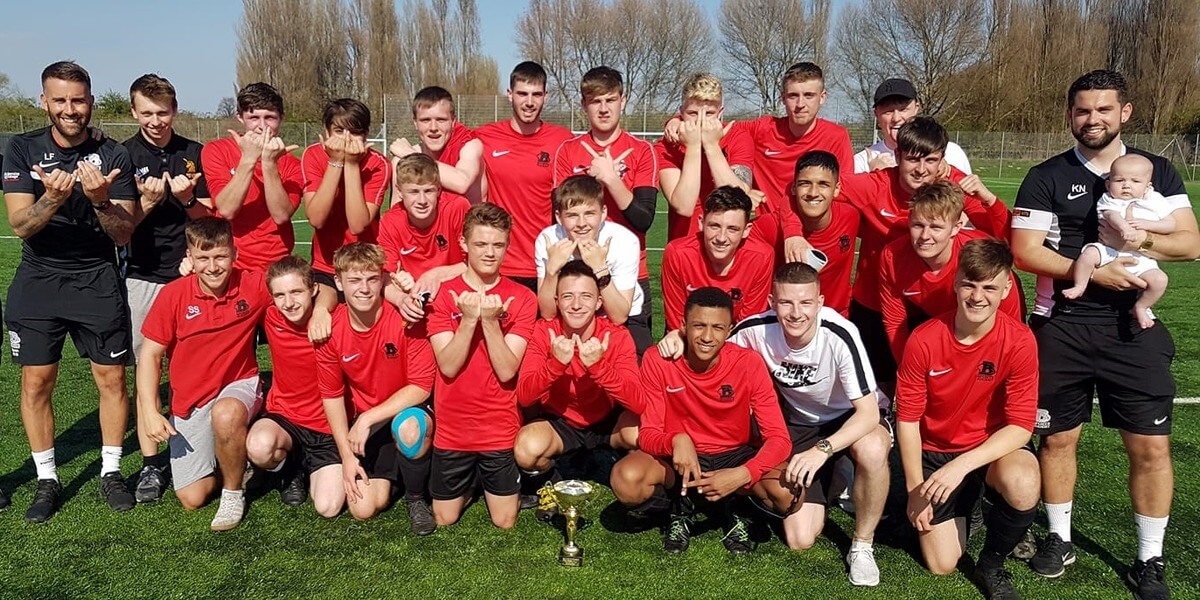 The final was held at Doncaster Rovers’ Keepmoat Stadium, where five goals from Jordan Kershaw and a goal apiece from students Tom Ward, Paul Jacobs and Mason Hunt put the game to bed. An impressive individual goalkeeping performance from Connor Hutchinson also played a vital part in the team’s success.

Luke Forgione, Performance and Athlete Development Coach at the College, said: “I’m pleased the team has finished the season on a high and have been rewarded for their efforts and positive attitude.

“The win has bred confidence throughout the whole team. They deserve every accolade they are given and should enjoy the feeling of being champions.”