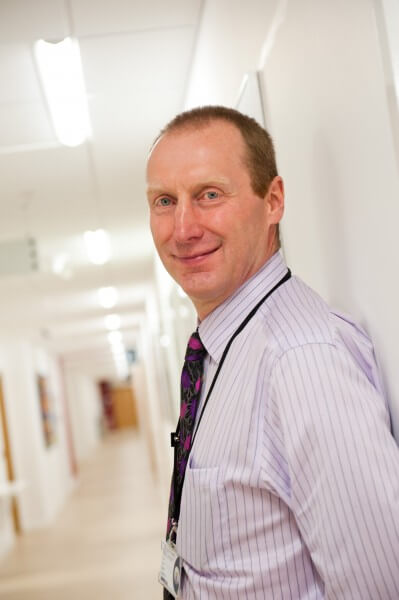 Colin Booth OBE, Principal of Barnsley College for the past seven years, is to leave his post at the end of September 2015.

Colin was appointed as Principal of Barnsley College in 2008 and steered the college to an Ofsted outstanding rating, doubling turnover and achieving student success rates that are among the best in the sector.

Colin said: “I am incredibly proud of what the governors and staff team has achieved over the seven years I have been principal at Barnsley College and there will always be a place in my heart and soul for Barnsley and Barnsley College. The process to recruit my replacement will begin in the coming weeks and I am confident that my successor will continue to build on the excellent work that Barnsley College does for its students and the town as a whole. In the meantime, my focus is firmly on Barnsley College for the next six months and ensuring that we have clear plans in place for next year and that the current building projects are completed on time.
“I am very much looking forward to starting work at Leeds City College in September where I will be working with an excellent group of governors and building on the great work that Peter Roberts has completed.”

Chair of Governors of Barnsley College, Josie Thirkell added: “Barnsley College’s governors and staff will be sad to lose Colin but recognise his many contributions to the college and the town and the region. We are certainly able to build upon the many strengths we now have and appoint an outstanding successor to continue our journey to being a world class college.”

Dr Shaid Mahmood, Chair of Leeds City College, said: “Following high levels of interest in the post of Principal and Chief Executive we sought an exceptional leader from a strong cross sector field of candidates that will harness the talents of our staff and meet the Board’s aspirations for the learners, the communities, and the employers we serve. The Board looks forward to working with Colin as he leads the Leeds City College Group through its next exciting phase of development.”

Colin will leave Barnsley College at the end of September 2015 to take up his new role at Leeds City College.