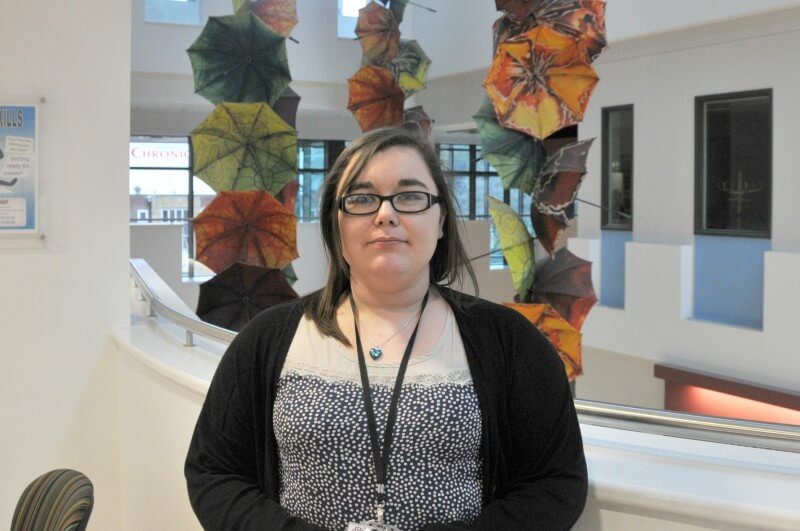 Business Administration Apprentice Sally Jones will leave Barnsley for her dream job in China at the end of the month.

Sally, 20, from Darfield, applied for the role of Marketing and Administration Assistant after it was advertised through Barnsley College’s International Department. Sally will be based in Jinling High School, Nanjing, China. The college set up A Level provision in the Chinese school in September 2013 when it welcomed its first cohort of students.

The role will involve marketing the school and providing administrative support to the International Team, part of which will involve mastering Chinese social media. As Western social media sites such as Facebook and Twitter are blocked, Sally will have to learn how to use platforms such as WeChat, known as Weixin in China.

Sally said: “It is going to be really challenging, I have always wanted to work abroad and this is my dream job. One of my hobbies is studying East Asian Ancient History and I think this helped me to land this exciting role.

“I have travelled but never this far, it is almost an eighteen hour flight. I’m excited, but I will be sad to leave as I have made lots of new friends at college. I will miss my family but they are really happy for me and proud that I’m only 20 and have landed such an amazing job.”

Sally will leave at the end of February after she completes her Level 3 Apprenticeship, which has involved working with the college’s Senior Management Team Secretarial Department.

For more information on Business and Management courses at Barnsley College call 01226 216 123, or email info@barnsley.ac.uk.