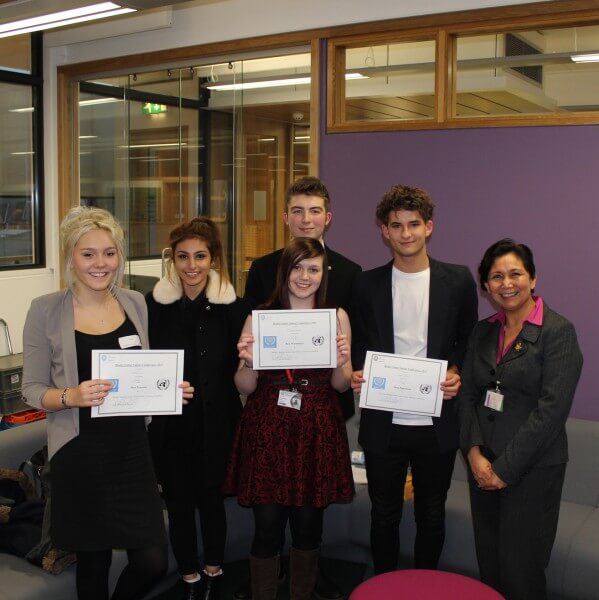 Jake Fleetwood, a former Yewlands School pupil who lives in Sheffield, said: “It was really good to be involved in the event and we learned a lot more about the UN and about how to research and structure an argument. It was also good to spend time in the university environment.”

Maria Sutton, Personal Progress Mentor at Barnsley Sixth Form College, added: “This was a fantastic opportunity for our students to take part in and they were excellent ambassadors for Barnsley Sixth Form College. Alongside their academic subjects we encourage all our students to get involved in enrichment, such as our Debating Society, to help them develop skills and prepare them for university and work.”

Find out more about studying at Barnsley Sixth Form College at the next Open Evening on Thursday 15 January, 6.00pm to 8.00pm, or go to www.barnsley.ac.uk/sixth-form-college