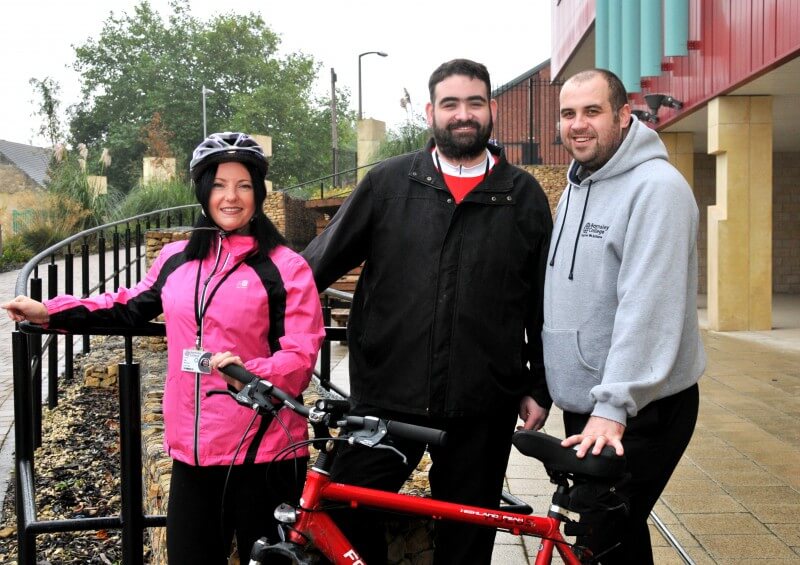 Six Barnsley College staff members have completed another charity cycling challenge by riding through the night from Manchester to Blackpool.

This latest challenge followed on from the completion of the 2013 Coast-2-Coast cycling challenge which saw college staff ride from Southport, Merseyside to Hornsea, East Yorkshire, in aid of Barnsley Hospice and Macmillan Cancer Support. Male college employees have also grown moustaches for Movember in previous years, raising money for testicular cancer charities.

Mia said: “It was great to be part of the event and to see so many people involved for a great cause. We were amazed by how many people supported us as we rode along the route, which helped us overcome the tiredness that resulted from a lack of sleep! We were pleased to complete the ride and are now looking for our next challenge.”

The ride is just one of a series of fundraising activities for Mia who is now preparing to cycle the 120 miles from Barnsley to Cleethorpes in November to raise money for the Leukaemia and Lymphoma Research charity. In September she completed the Great North Run in aid of Barnsley Hospice.

You can sponsor the Manchester to Blackpool college cyclists by making a donation via the following link https://www.justgiving.com/another-bad-idea1/