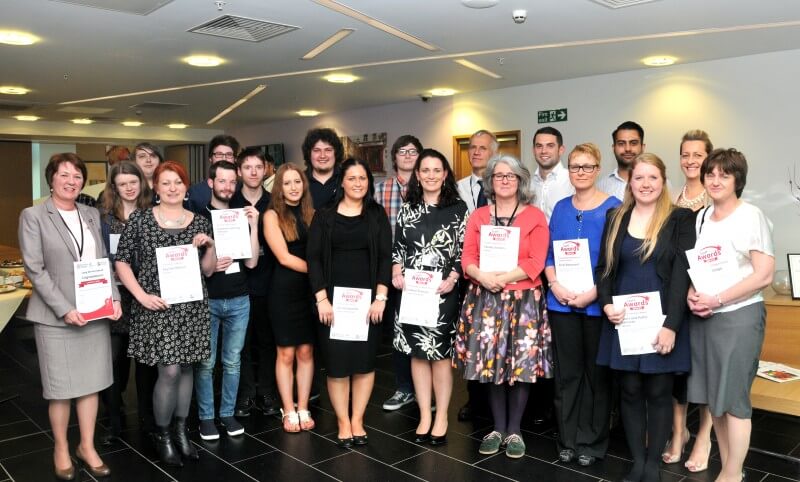 Barnsley College employees have been commended for their hard work, commitment and dedication at the college’s annual Staff Star Awards.

Nominations for the awards opened earlier this year where staff and students from the college were invited to nominate in five categories; Student Impact, Business Impact, Outstanding Colleague, Unsung Hero and Team of the year. After receiving over 175 nominations the judging panel picked a winner and a runner up in each category.

A presentation ceremony was held in the college’s Zest restaurant where Barnsley College Principal Colin Booth and Chair of Governors Josie Thirkell presented staff with their awards.

In addition to the Staff Star Awards a further two staff members were presented with the Outstanding Dedication to Student Success Award and the Long Service Award.

Barnsley College Principal Colin Booth said: “It was lovely reading through the nominations and the awards are a fantastic way to celebrate the achievements and all the inspirational work of our staff who go above and beyond their usual duties. The judging panel found it very difficult choosing the winners and runners up due to the strength of the nominations so everyone who was nominated should be very proud of themselves.”

Raychel McGuin, Marketing Officer at the college and winner of the Unsung Hero Award, added: “It was really nice to have been nominated for this award by my colleagues and the Staff Star Awards are a fantastic way to get recognised for the work that all of us carry out.”