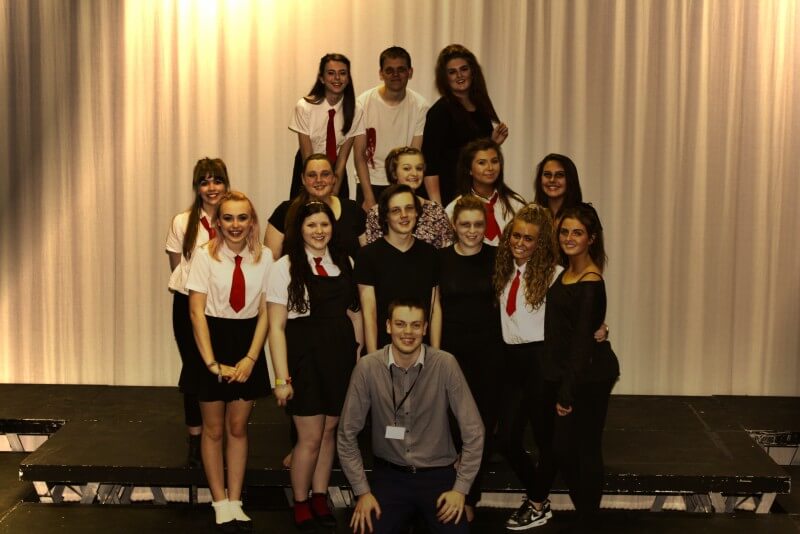 Barnsley Sixth Form College has been named School of the Month by The Civic Theatre.

A group of Drama and Theatre Studies students recently visited The Civic to see That’s Amore, a production by Tmesis Theatre, after being involved with the theatre for the past year.

The students also took part in a free physical theatre workshop to gain some practical experience as part of the course.

Andrew Quarrell, A Level Drama and Theatre Studies tutor at Barnsley Sixth Form College, said: “Thanks to The Civic, students have been introduced to diverse styles of theatre that they did not have any experience of previously. As a result of this students now have appreciation and enjoyment of stylised theatre.”

Laura Hibbert, Marketing Assistant at The Civic, added: “It’s been great to have Barnsley Sixth Form College’s Drama and Theatre Studies group so actively involved in our programming at The Civic over the past year.

“It’s wonderful to liaise with a teacher like Andrew who is passionate about his students participating in professional theatre workshops and coming to see productions at The Civic to enhance their learning experience.”

For more information on our Drama and Theatre studies A Level, contact the Information Unit on 01226 216 123.