Female Footballers through to the final 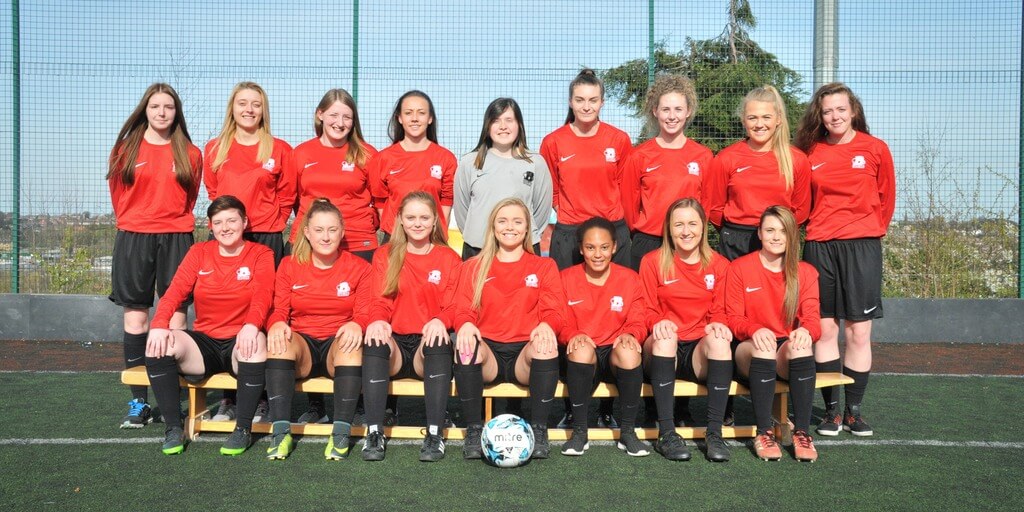 Female footballers are celebrating getting through to the Association of Colleges National Cup Final after they beat Hopwood Hall College 7-1.

The semi-final took place at the £150 million Manchester City Academy where three goals from Britt Sanderson put Barnsley College in the driving seat. They wrapped up the win with a brace from Amy Woodruff and a goal apiece from Rebecca Jeffels and Caitlan Tattershall.

The team will now play Brighton College in the final on Thursday 4 May at Walsall Football Club stadium, a professional football club in League One of the football league.

Bethany Ayrton, a Sport Performance and Excellence student, said: “I have been playing football since I was six years old and the support from the college has been the best yet.

“I have been playing football since I was six years old and the support from the college has been the best yet.

“The build up to the final is going to be nerve-racking and a lot of pressure, but we are committed to training and the tutors are helping us to develop all the time. The support from the college and staff has been immense.”

Rikki Paylor, the Sports Academy female team coach, added: “The students have worked incredibly hard to get to the final. I’m very proud of what they have achieved; it has been a privilege to coach such talented and dedicated young people.”