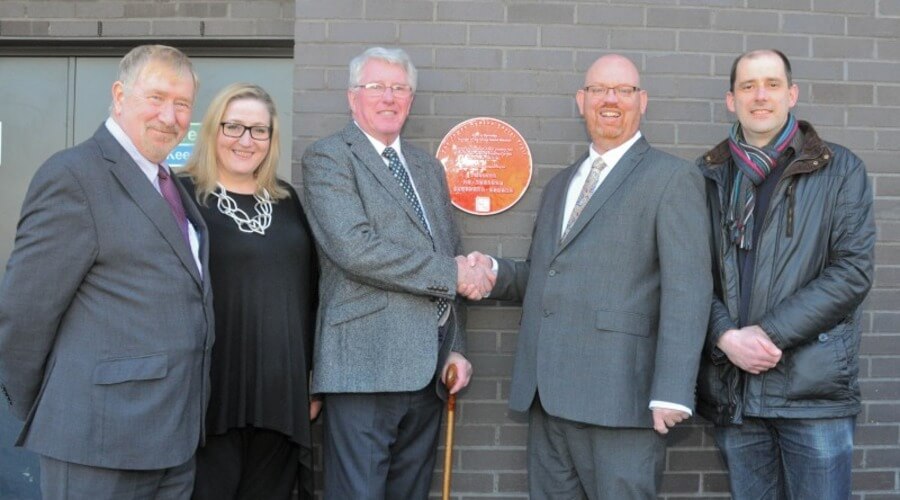 The final heritage plaque on the James Hudson Taylor trail was installed recently on the wall of the new Barnsley Sixth Form College campus.
James Hudson Taylor was born in Barnsley in 1832 and went to China, founding the China Inland Mission which is one of the largest Christian movements in the world.

In May 2012 the original Hudson Taylor Trail was officially opened featuring 14 plaques around the Barnsley area marking historical sites. The plaque on the Sixth Form College, originally on the Central Library, marks the site of the White Bear where Anglican minister John Wesley, credited with founding the Methodist movement, preached to the people of Barnsley.

The event was filmed by visitors from China for a promotional video to encourage other Chinese tourists to come to Barnsley and take part in the trail. Other sites of interest include Cheapside where Taylor was born and the Lamproom Theatre.