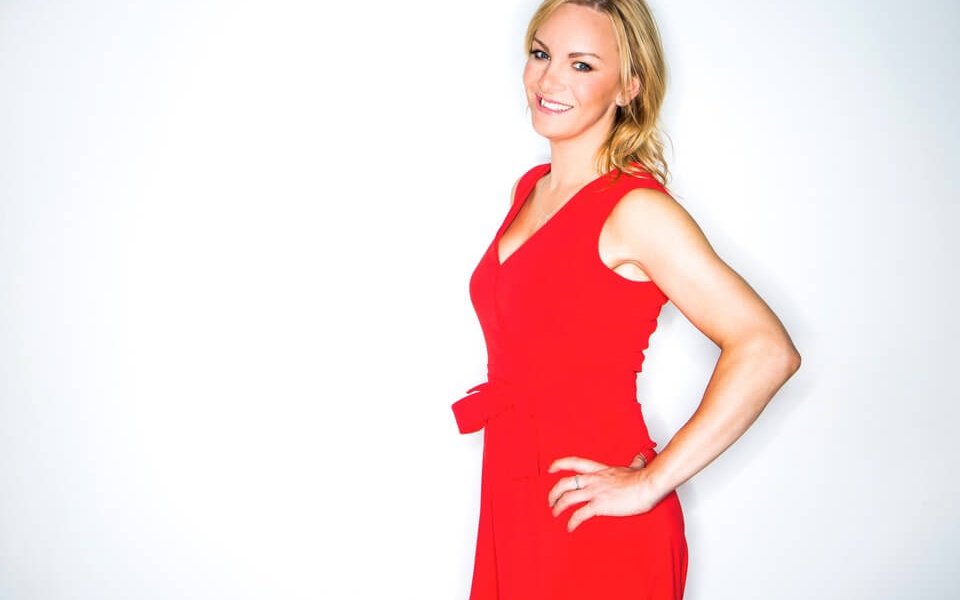 Broadcaster, presenter and former Barnsley College student Stephanie Hirst has been presented with a prestigious Gold Award by the Association of Colleges (AoC).

The AoC Gold Awards annually recognise and celebrate the achievements of successful and influential people who have attended further education and sixth form colleges up and down the country. The aim of the awards is to highlight the breadth and depth of talent among further education alumni and celebrate the impact that colleges have had on the lives of their students.

Stephanie joined Barnsley College in 1992 to study Media Studies and impressed tutors with her ability, confidence and personality having already worked at a local radio station from the age of 12. Her career in radio broadcasting went from strength to strength as she hosted the official commercial Top 40 show nationally and had huge success with the breakfast show on Galaxy FM.

In January 2015, Stephanie started work on ITV’s morning show ‘Lorraine’ as part of a strand called ‘Change One Thing’ where she spoke openly about her gender transitioning.

On being chosen to win a Gold Award, Stephanie said. “I have to say thank you to Barnsley College who helped me become who I am today.”

David Hughes, Chief Executive of the Association of Colleges said: “Colleges provide a fantastic array of opportunities and it is an honour to be able to recognise those who have built on their time at college to shape a successful career. Congratulations to our Gold Award winners – I wish them all the very best for the future.”

Barnsley College alumni Matt Helders and Alex Turner from rock band Arctic Monkeys were both presented with a Gold Award in 2007 as well as folk singer Kate Rusby in 2006.