It’s a gold for Morgan 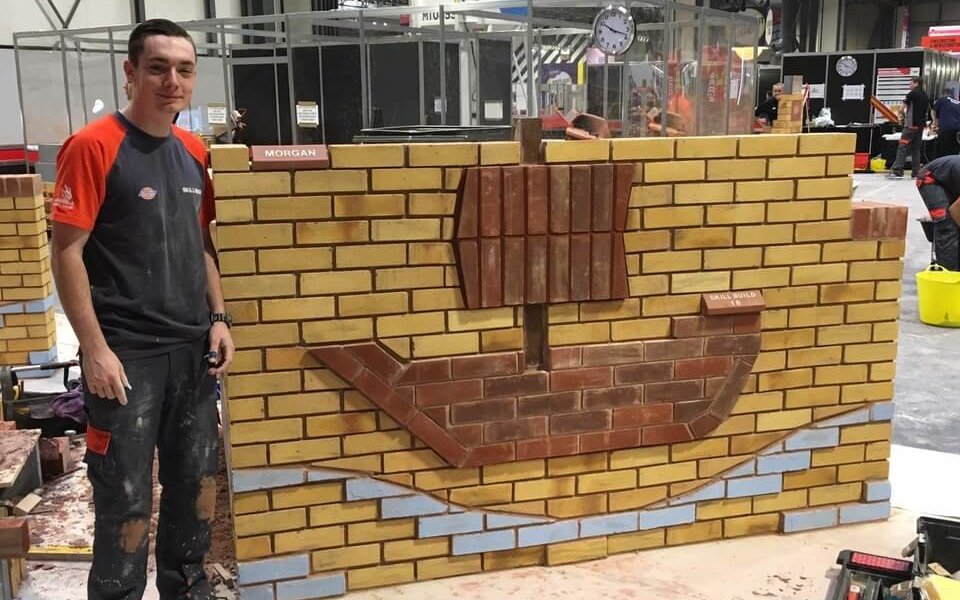 Morgan with his award winning design at SkillBuild 2018

Morgan, 19 from Wombwell, battled it out with other talented apprentices to be crowned as one of the country’s most talented trainees.

Organised by the Construction Industry Training Board (CITB), SkillBuild is one of the longest running construction competitions in the UK and has been showcasing the talents of trainees for several decades.

SkillBuild took place at the NEC in Birmingham where competitors were given a challenging design to build over the three day competition. Morgan used his bricklaying knowledge to interpret the drawings to set out and build his design using different styles and intricate techniques of brickwork. He won the competition on the accuracy, neatness and overall finish of his final build.

Before reaching the SkillBuild final, Morgan also won the regional qualifier earlier in the year.

Morgan joined the College in 2015 on a Level 1 Bricklaying apprenticeship and progressed to a Level 3 qualification. After recognising his award-winning bricklaying skills, Morgan’s tutor encouraged him to enter a number of bricklaying competitions including SkillBuild. Morgan finished his studies in May 2018 and has since set up his own construction company.

Morgan said: “It still hasn’t sunk in yet and I am over the moon to have won. SkillBuild is a prestigious competition within the industry so it’s a fantastic accolade to have. Confidence is everything when it comes to competing and SkillBuild was tough but my time at College helped to build my confidence. I would also like to thank my tutors as without them I wouldn’t have even got close to winning.”

Gina Webster, Product Category Manager for SkillBuild, added: “SkillBuild is a brilliant way of showcasing the wide range of talent the construction industry has to offer. It is fantastic to see a talented trainee from Barnsley taking home gold at the 2018 SkillBuild National Final.

“Competing in SkillBuild is a really great way to kick-start a successful and rewarding career in construction. This is one of the many ways we can demonstrate the immense talent coming into the industry and attract more young people into our sector.”