Life Skills: A beginner’s guide to managing your finances – getting rid of debt 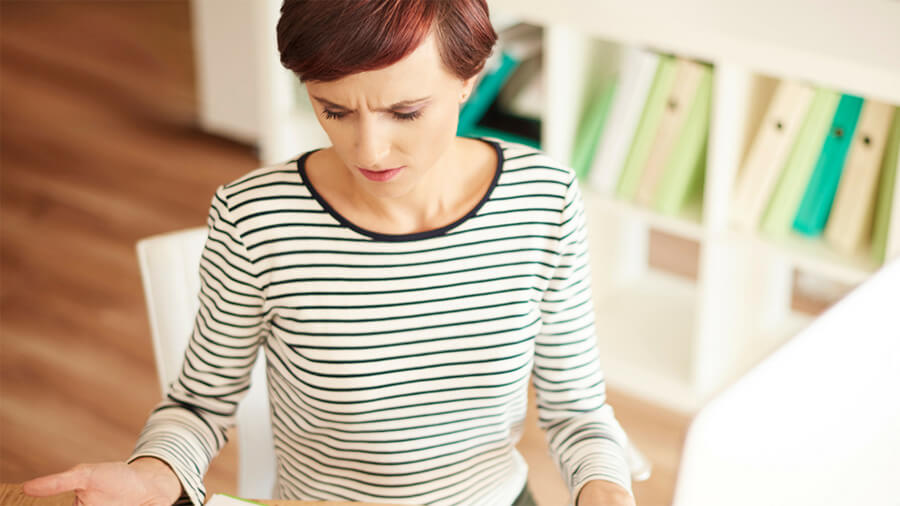 This article is the second in a series about managing finances for beginners and will deal with the best ways to get rid of your debt. Last time, we explained how to easily set up and stick to a budget.

“There is a bunch of people hanging on by their fingernails and a little shock to their finances pushes them over the edge,” said Peter Tutton, of debt charity StepChange. The charity estimates that there are 2.9million people in severe financial difficulty and 9million are ‘teetering on the edge’.

Why are you in debt?

The Debt Support Trust outlines the main reasons why so many of us are struggling with debt problems:

1. Unemployment or reduction in income
These are the first and second most common reasons to be in debt. Losing your job, or a reduced income doesn’t mean that expenditures like rent, food and car insurance just magically disappear too. A lot of people get into debt due to these reasons because they need to borrow in order to survive with less income.

2. Over-commitment to credit
This was the third most common reason to be in debt. People are getting into too much debt because they borrowed too much and couldn’t afford the repayments, in turn struggling to pay mounting interest payments and charges. “When people begin using credit the repayments will be affordable, but an over reliance on borrowing can result in multiple sources of credit and several monthly payments to different companies,” says Debt Support Trust.

3. Divorce or separation
Another common reason for debt in the UK is the costs that come with divorce or separation. For instance, if you’re no longer sharing the costs of things you usually shared, such as rent or mortgages, gas, electricity, council tax and food. All of this on top of potentially paying child support creates a high risk of getting into debt if you don’t manage your finances carefully.

4. Increased expenditure
If their income remains the same, but the cost of living increases, people often turn to credit to help make ends meet. As the costs of things like gas, electricity, petrol, housing and basic food items rise, more and more people are relying on borrowing money through credit cards and payday loans.

“Using credit under this circumstance becomes a problem because ultimately the person with constricting disposable income may eventually be unable to repay the debt,” warns Debt Support Trust.

How to get out of debt

If you, like many people in the UK, are struggling with debt, there are some steps you can take.

Step One: Assess the situation
If you find yourself in a downward debt spiral, it can be tempting to just ignore the problem. If you’ve given up hope of paying all of your debt back, what’s the point on keeping up with the exact numbers, right?

The best way to start managing the situation is to write down exactly how much money you owe to each financial institution, plus the minimum payments for every account. Don’t let it panic you – this is the scariest part.

Step Two: Take stock of all your other monthly expenses
In order to get out of debt, you need to start budgeting. Write down how much money you need to spend each month on essential payments that cannot be reduced– such as household bills, food, care payments and travel.

Next, work out how much you need to spend each month to make the minimum payments on all of your debts.

Whatever is left over from your monthly income can be spent on still-important expenses that can be reduced if they need to be, such as your phone contract or gym membership.

Once you’ve budgeted for all the important expenses above, if you have money left over put as much as possible into repaying even more of your debt – the longer you continue to only pay the minimum payments, the longer it takes to pay off your debt.

Step Three: Set goals
Now you have a better idea of what you can afford to pay back each month, make a rough estimate of how long it will take you to get out of debt. Now, break this goal into manageable chunks, such as paying off X amount each week, month and year.

Step Four: Prioritising the highest APR
If you only make the minimum payments on a credit card, it can take decades to pay off the total debt as more and more interest is added to the total amount. If you have several different balances that need to be paid, make sure you pay the minimum amount on each one, and choose one at a time to eliminate.

The annual percentage rate (or APR) is the amount of interest on your total loan amount that you’ll pay annually.

Focus on paying off the debt with the highest interest rate first and work your way down. This means you’ll pay the least amount of interest possible in the long run.

Once you’ve paid off the first debt, it also means you’ll have more money to throw at the second one now you don’t need to make the monthly payments on the first. Once the second one is paid off, you’ll have even more each month to pay off the third, and so on. This snowball effect means the longer you commit to paying off debt, the easier it becomes. You just need to take the first step.

You could also look into consolidating your loans in to one – speak to the Citizen’s Advice Bureau for more information.