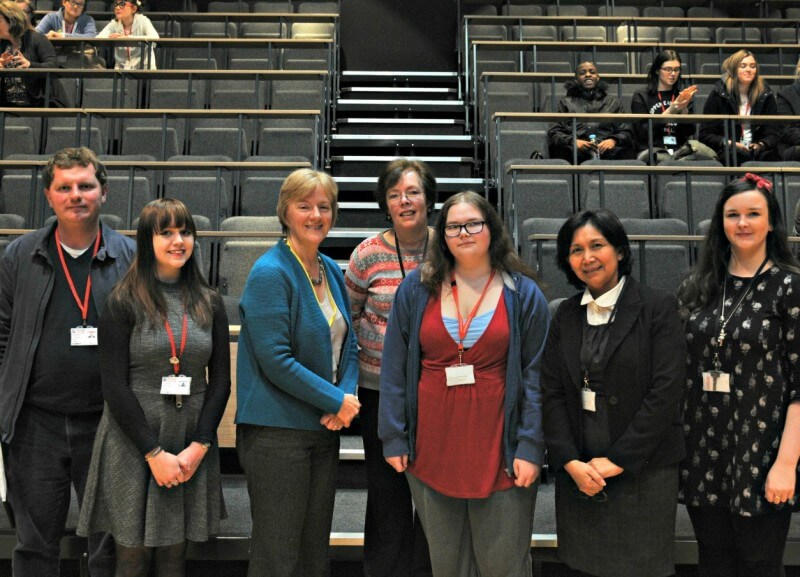 The visit came about after Linda was asked by student Eleanor Holmes if she could attend the college to talk to students. Eleanor, of Wakefield Road, Barnsley is studying French, History and English Literature, and has a passion for European Politics.

Students from the Debating Society and from A Level Politics, Sociology, Citizenship, History and Languages courses were invited to attend the talk in the EnRich Auditorium where Linda gave an account of her career to date followed by a question and answer session.

Linda was first elected as a Member of the European Parliament (MEP) in 1998 in a by-election and is now one of the longest serving Labour MEPs covering the whole of Yorkshire and the Humber.

Having been involved in the Labour Party since she was 17, Linda’s first job was in Brussels, working for a press agency which sparked her interest in European Politics. On returning to Barnsley in 1991 she began working for the Coalfield Community Campaign and spent much of her time lobbying for funding for mining towns.

Linda explained to the students the role of the European Union (EU) and how it tackles issues such as climate change and the refugee crisis. She also talked about the referendum in June to decide whether the UK stays within the EU, which sparked many questions from the students.
Linda said: “It has been lovely to return to Barnsley, the people here are so warm and welcoming and the students were really interested in asking their own questions about how politics works, the forthcoming referendum and the Labour Party.”

Eleanor, 18, added: “It was really fascinating from a personal point of view as I would like to get into European Politics myself and I was interested in the type of questions the young people of Barnsley would ask.”

Barnsley Sixth Form College Principal Liz Leek said: “We were delighted Linda could come in and talk to our students about her role in the European Parliament. Guest speakers are an important part of our enrichment activities and we welcome inspiring people to share their success and experiences with our students.”

A group of students from Barnsley Sixth Form College will be visiting the European Parliament in Strasbourg in March.