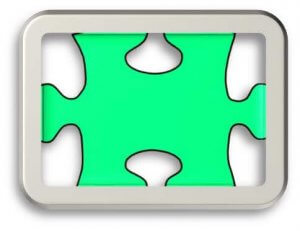 Eating disorders are thought of as serious mental illnesses that involve chaotic eating behaviour’s. This could see you eating large amounts of food all at once, eating very little quantities of food, even getting rid of the food eaten by what we know as purging, laxative misuse and also includes fasting or excessive exercise and/or a combination of these behaviours.

While we use eating disorders to explain the connection to food it is important to remind ourselves that emotions and feelings play a huge amount of importance. The person’s relationship to food may help them manage difficult emotions and might even make them feel more in control of their life, so they may be affected by an underlying emotional disorder.

It is unsurprising to learn then that eating disorders can also lead to self-harm and often occurs during times of heightened anxiety, anger, misery, fear, worry, depression or low self-esteem.

Although it is difficult to pin-point a reasoning for developing an eating disorder it would seem to be a mixture of both genetic and emotional reasons. It can be seen that some personality types may struggle more than others so those with make-up of perfectionism or obsessional individualities may be at higher risk along with life-experiences such as feelings of powerlessness and low self-esteem.

Eating disorders are often explained using labels but these can be extremely harmful. What is important to remember is that anyone can progress to an eating disorder. It is true that young women may be expected to develop an eating disorder especially in their teen and early adult stages of life (12 to 24), but neither age, gender, ethnicity nor cultural background should be classed as a barrier from developing this particular mental illness.

In fact it is thought there are a number of people who suffer alone, for example, men, children and older people and those from cultural or ethnic minorities due mainly to finding it difficult to talk about and therefore seek help.

There is another possibly dangerous eating disorder that is recognised through its combination of having an eating disorder along with Type 1 diabetes illness. It is known as Diabulimia and usually has three conditions to its development;

There is little known about this condition but it is so dangerous that it can be fatal. As with all the eating disorders, they have the highest mortality rate of any other psychiatric disorder.

As with all eating disorders you may have;

It is estimated that 40 per cent of all women between the ages of 15-30 with Type 1 diabetes give themselves less insulin in order to lose weight. But it’s not just women that can be affected by Diabulimia. Research by Svensson et al (2003) shows that men with Type 1 diabetes have a ‘higher drive for thinness’ than their non-diabetic counterparts, making them more susceptible to Diabulimia.

The first step, then, is to take the risk of accepting that you are in difficulty. Early help is important and can impact on your recovery so please, in the first instance speak to your GP, who will support and refer you to a specialist agency or speak to your College Counselling Service. You can also contact;

SYEDA also operate out of;

Television programmes on the subject;