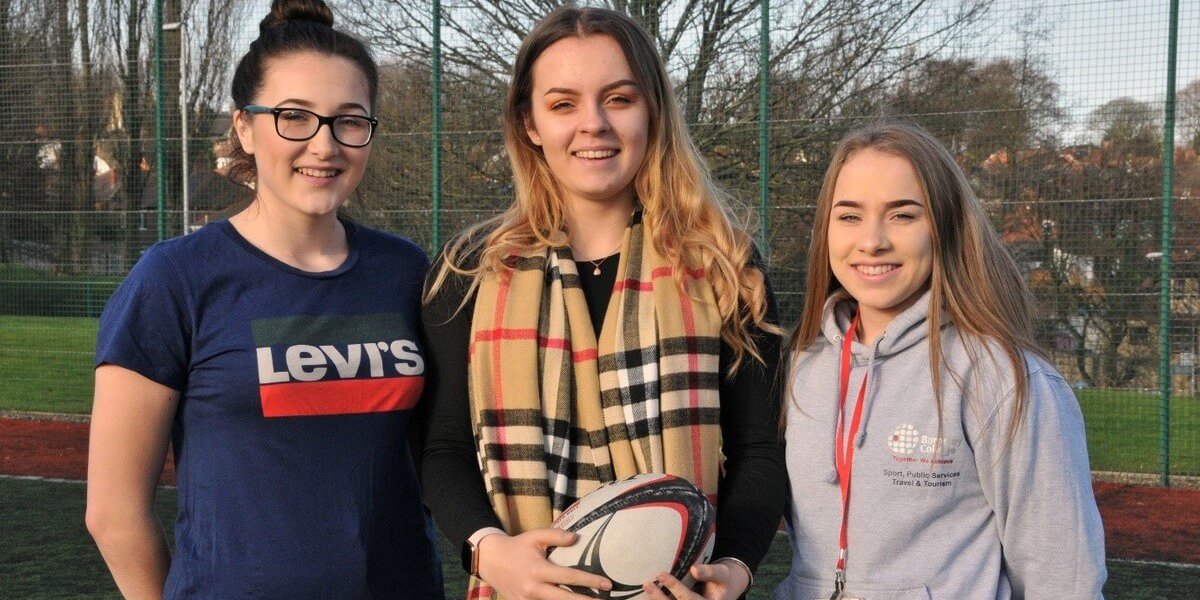 Three Barnsley College students have been selected to represent Yorkshire and Humber’s rugby squad at the Association of Colleges’ National Championships in Nottingham.

Eleanor Greenaway, Megan Slater and Hannah Dickinson, who are all 16 years old, will have the opportunity to gain experience of playing at a higher level by representing the College in a nationally recognised competition.

The students, who currently play for Sandal Girls under-18s, will compete in the Rugby Sevens competition which is a variant of rugby union where teams made up of seven players play seven minute halves.

All three students are part of the Barnsley Sports Academy within College and this has enabled them to access an Elite Sports Performance Bursary to fund aspects of the competition such as equipment and travel.

Hannah, of Royston, said: “I was shocked and overwhelmed when I found out I would be representing Yorkshire and Humber, it’s a very special feeling. The tutors at the College have been fantastic and have really supported us.”

Eleanor, of Wakefield, added: “I developed an interest in the sport after my sister had trials to play for England, this has inspired me to progress into women’s rugby. The College is always pushing us to achieve more and have really helped with our confidence.”

Megan, of Lindhurst, added: “The support I have received from the Sports Academy has really helped me to pursue my goals in rugby and the coaching staff are knowledgeable about the sport. Our main focus is to go out there and win.”